Starting September of 2013 I decided to become vegetarian and three weeks later I said to myself, well if I'm making this vegetarian thing, I might as well go vegan and try that out. I lasted only four months. I couldn't do it anymore as I was already going anemic because I lacked iron on my blood. It doesn't mean that veganism is bad, I just couldn't keep a it in a healthy way, besides I was so stressed in the university that I just couldn't keep up. So I switched to vegetarian again. However, sometimes I do have full vegan meals because I don't feel like eating any diary. So here's a recipe for some vegan/vegetarian meatballs out of green lentils! Sorry for the pictures, they were taken with my phone ;) 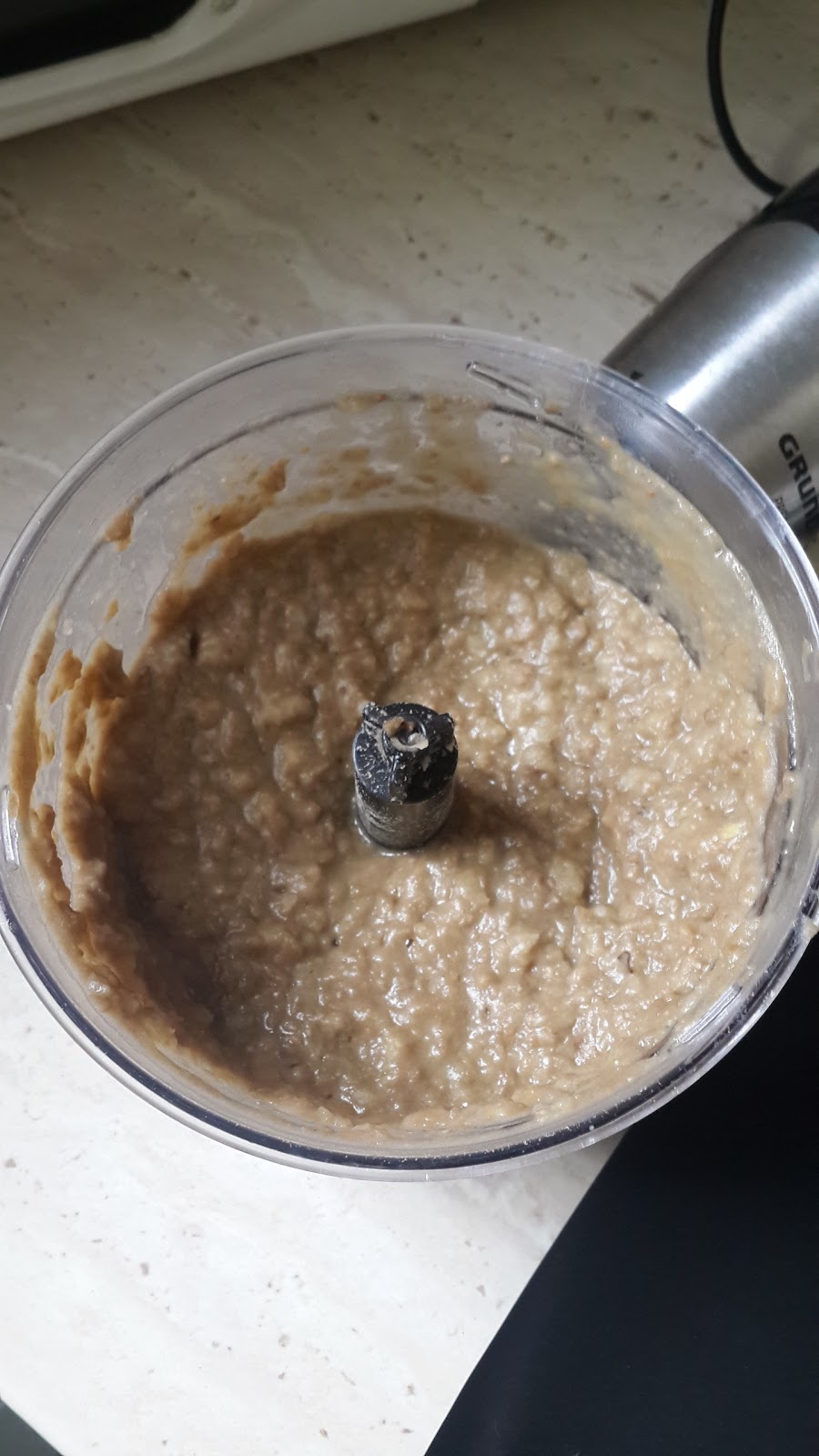 1. Cook the lentils for around 30 minutes. You kinda have to go with your gut here, I'd say 2 cups of water for 1 cup of lentils.

2. Make a paste out of the lentils, a chopped onion, some oregano, salt and pepper. 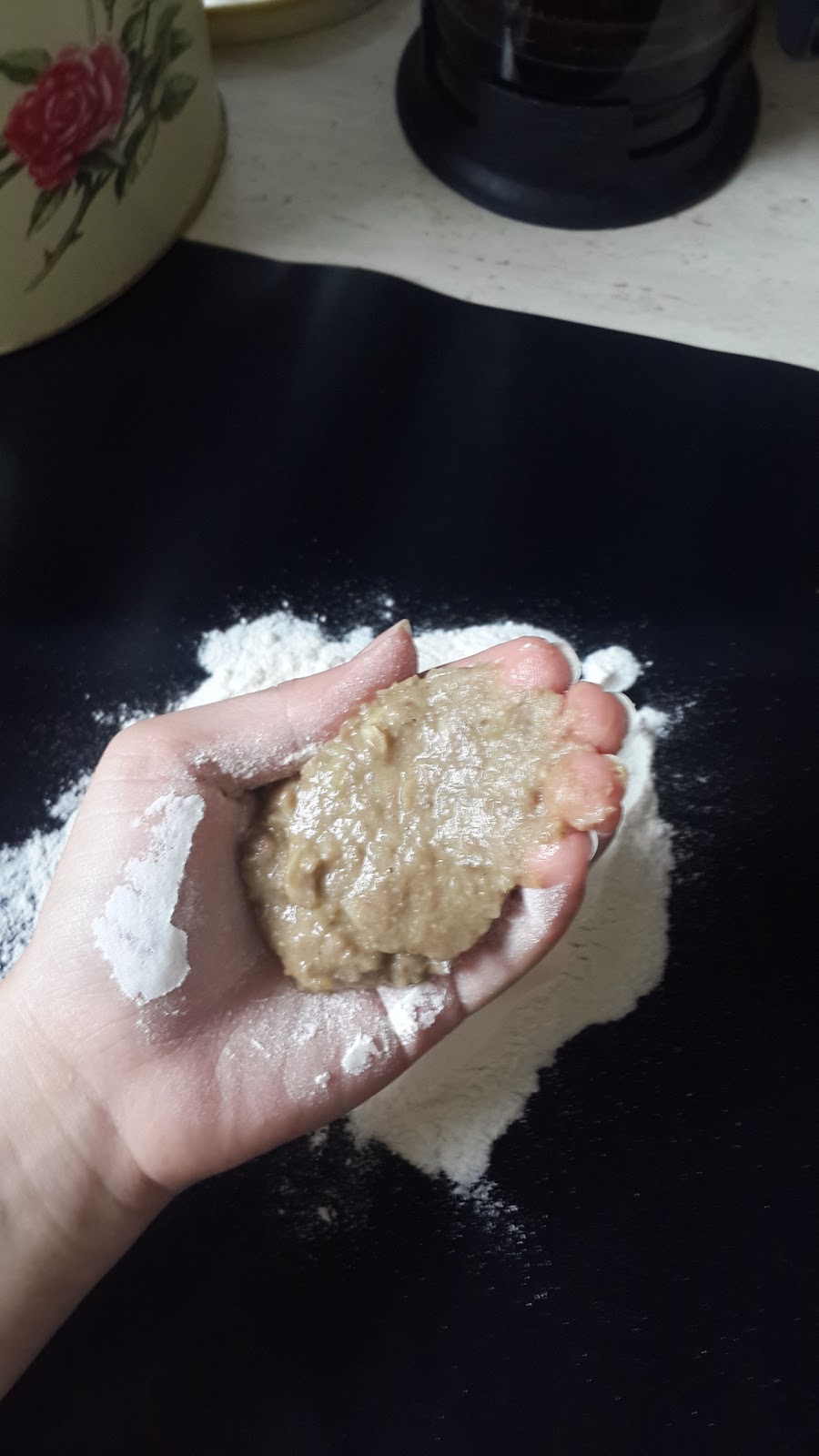 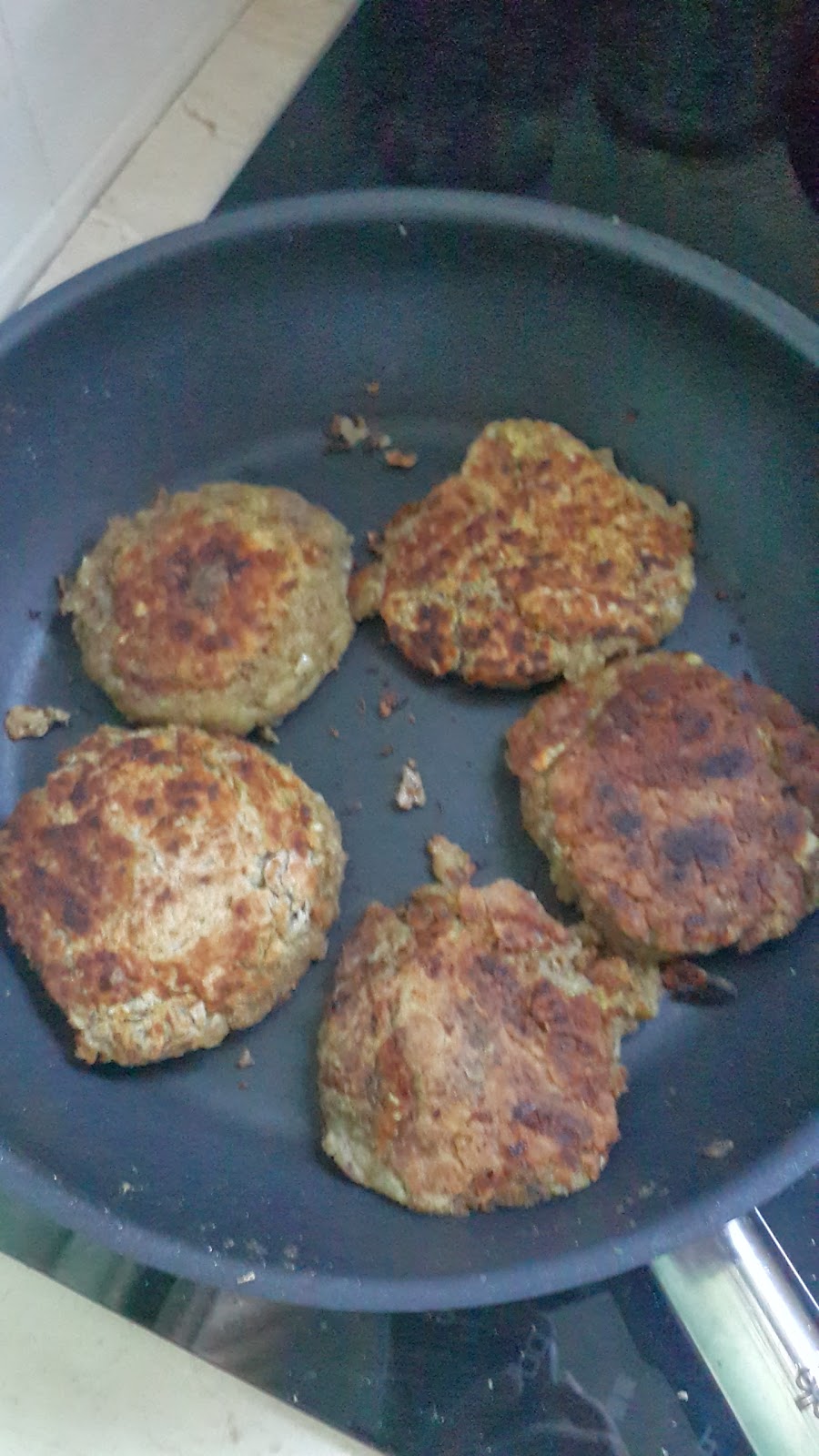 3. Make little balls with flour (they give them shape). This part will be real messy. You'll get lentil paste all over your hands and get so angry because everything sticks to your hand, but believe me when I say, just add flour. At the end they do look a lot like meat! 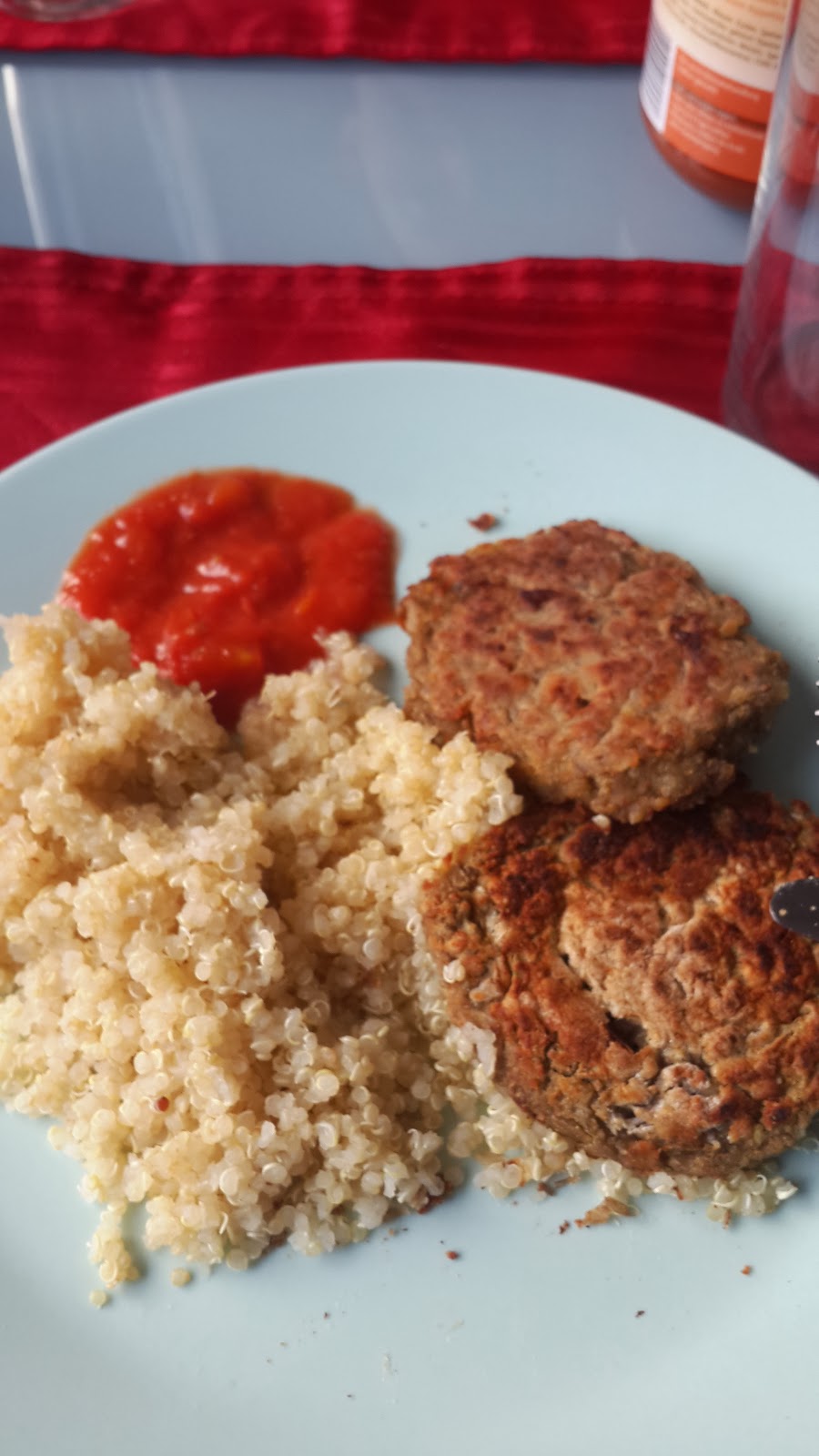 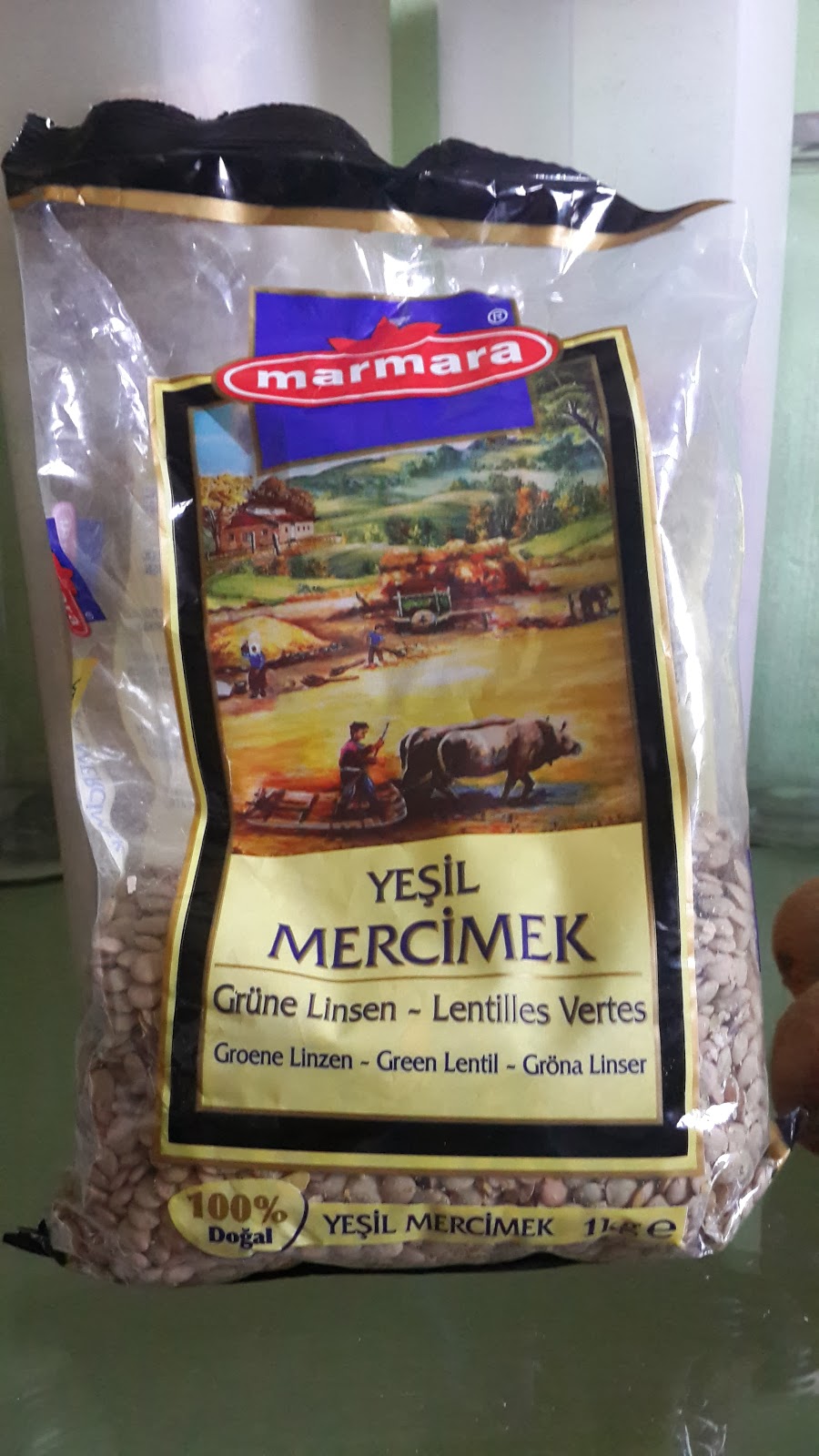 I accompanied it with Quinoa and Arrabiata sauce. I bought my lentils in Euro Gyda, at the basement of the Wilmersdorfer Arkaden. I love to buy grains in this place, there's just so much variety!

Hope you have a great weekend! xx
Posted by A at 21:23 No comments:

Today was a wonderful sunny sunday, and I went to Spandau to a coffee date with my girls. The weather couldn't be any better and I'm already longing long sunny days and windy nights. 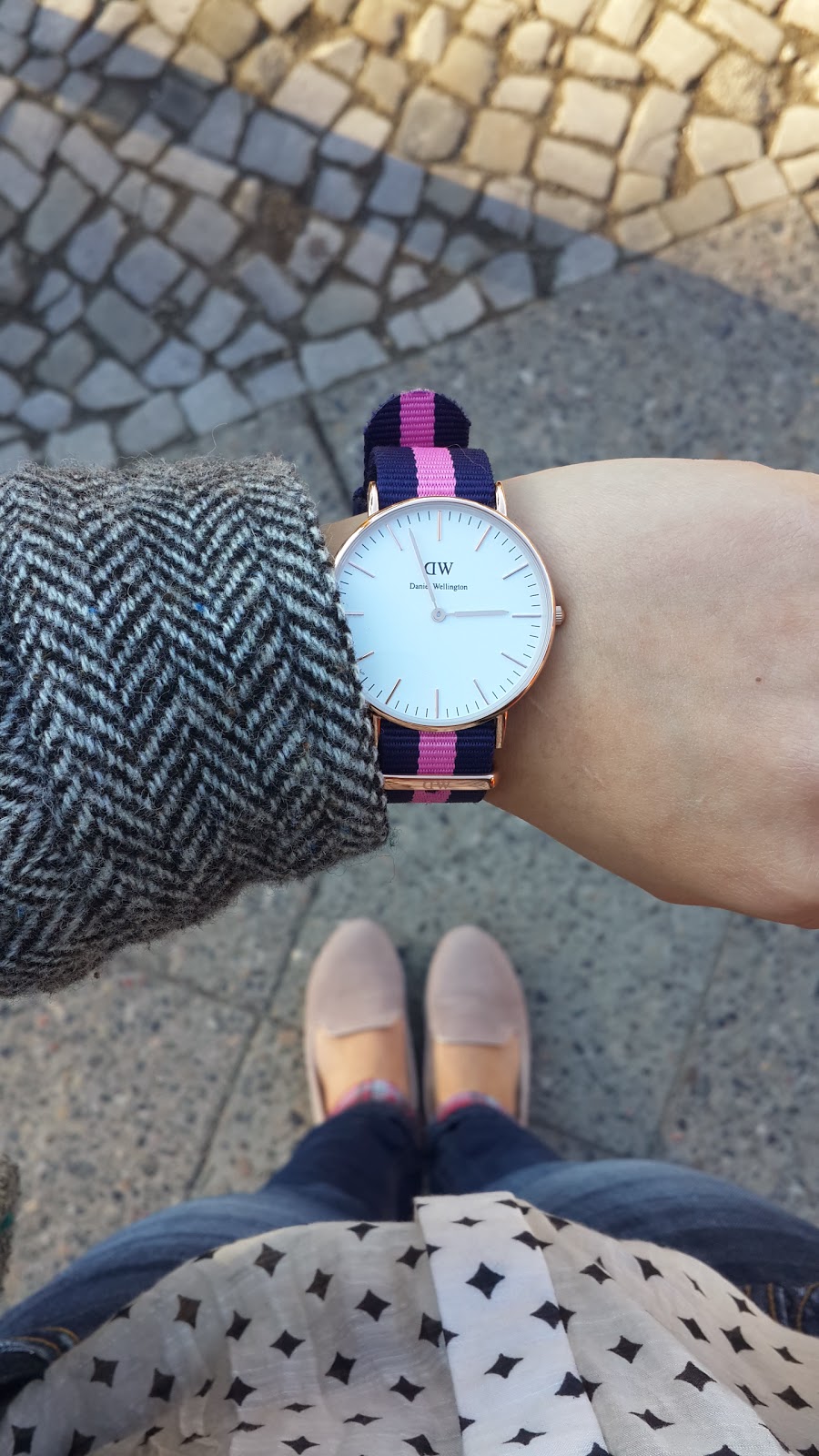 It turns out that the Brandenburger Tor and the Fernsehturm are not the only important places that you need to visit in Berlin. Some friends and I were walking around Französiche Straße and they started talking about a famous chocolate factory that makes amazing sculptures with chocolate. I didn't know what they were talking about and as I told them, they popped their eyes out at me and said "You've been in Berlin for so long and you haven't been there yet? We're going now". I was surprised, I didn't know that a chocolate shop could make suc a fuzz, but was I wrong! Fassbender & Rausch is amazing, I was blown out by every piece of chocolate on the shelf. If you're passing by Berlin, you should definitely go there! 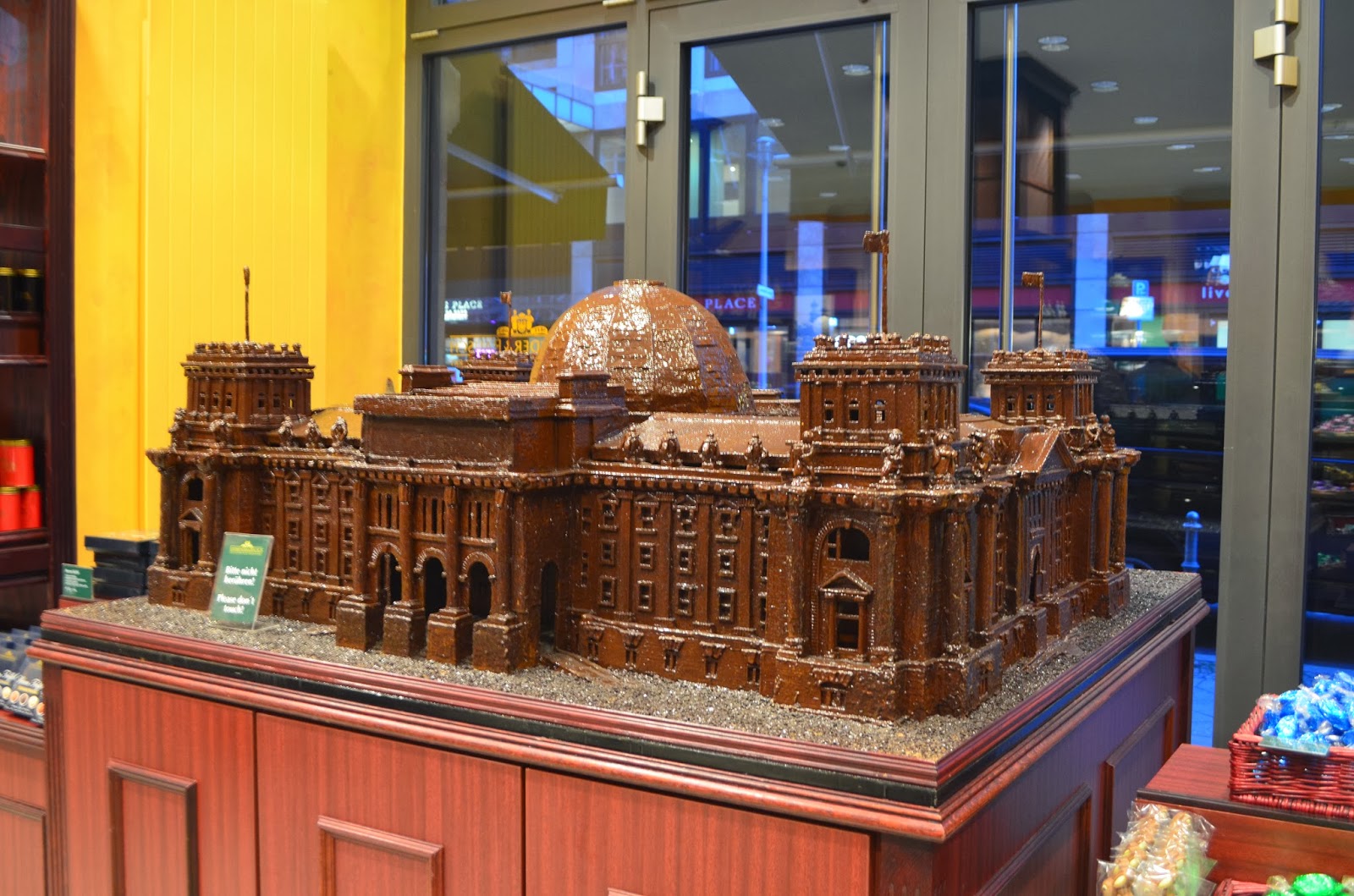 Look how detailed this is! It's unbelievable! 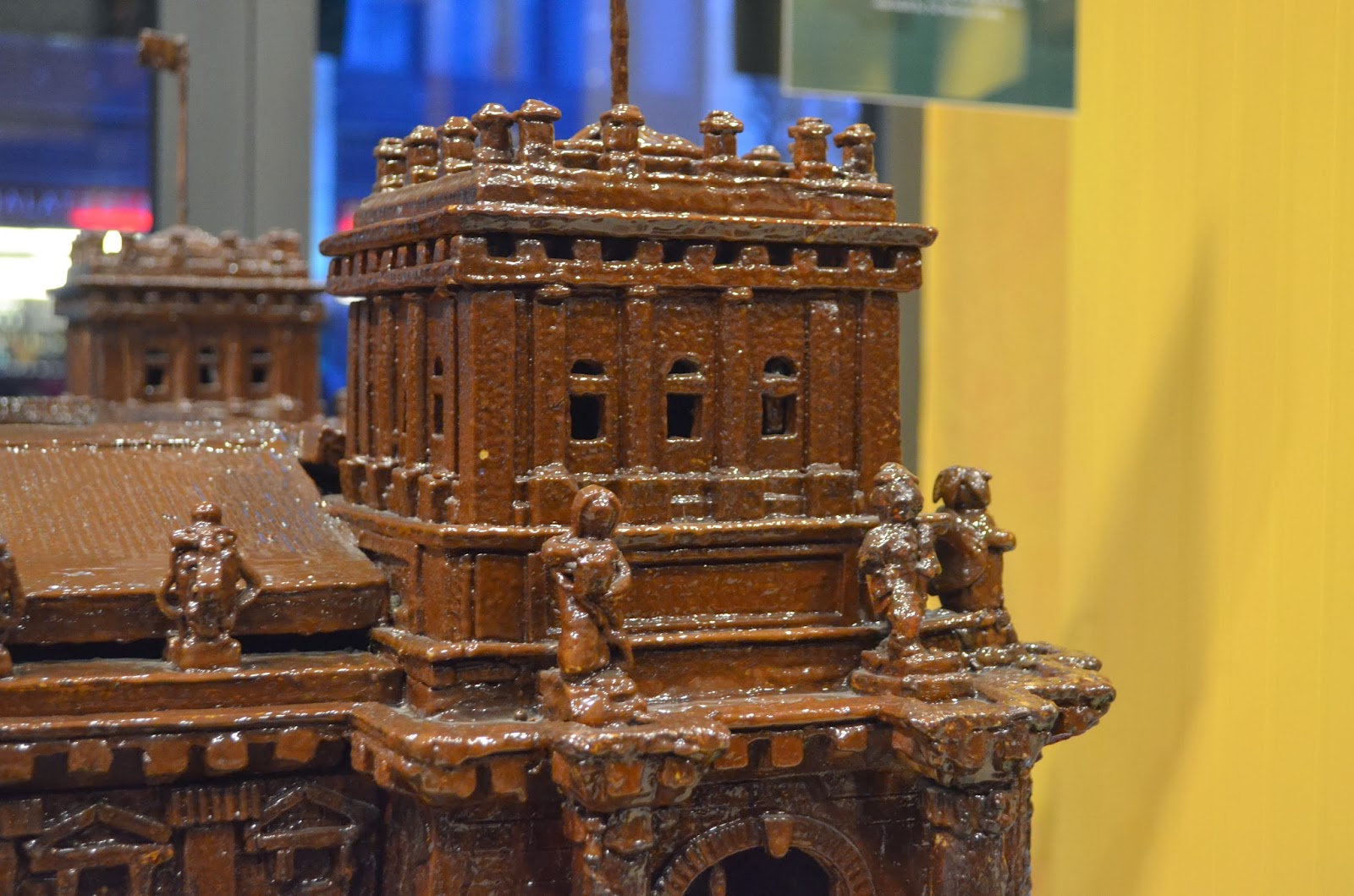 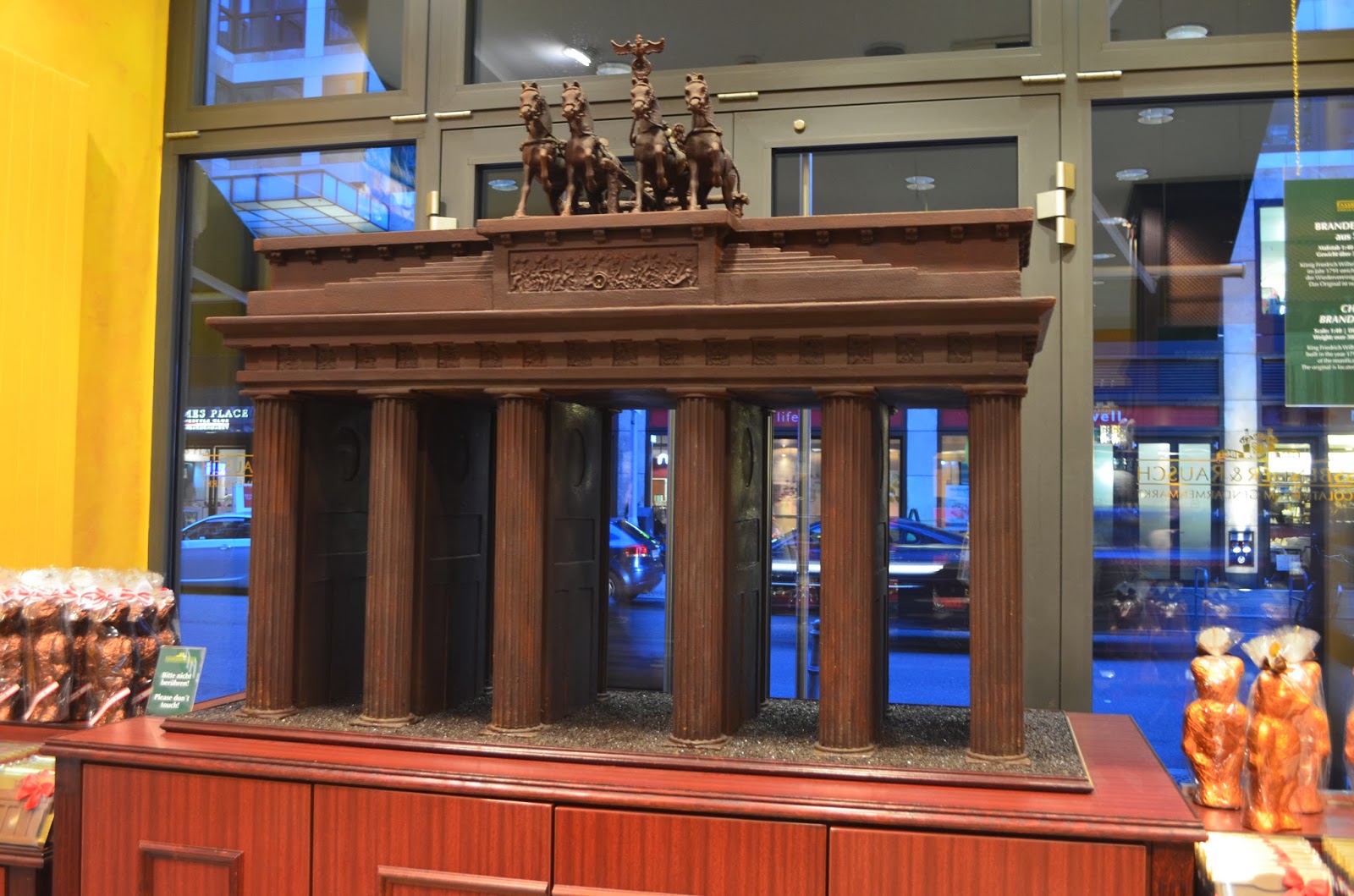 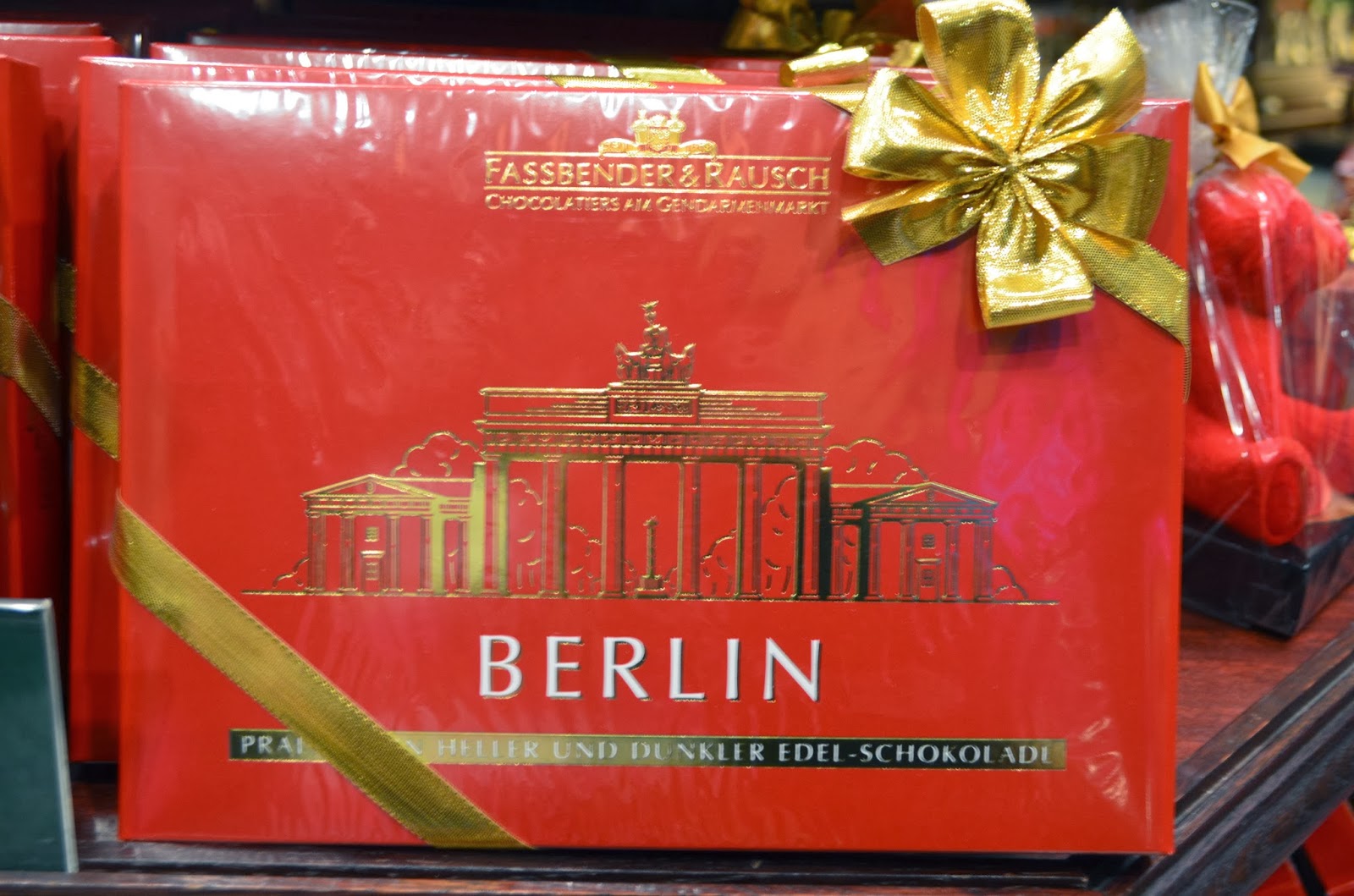 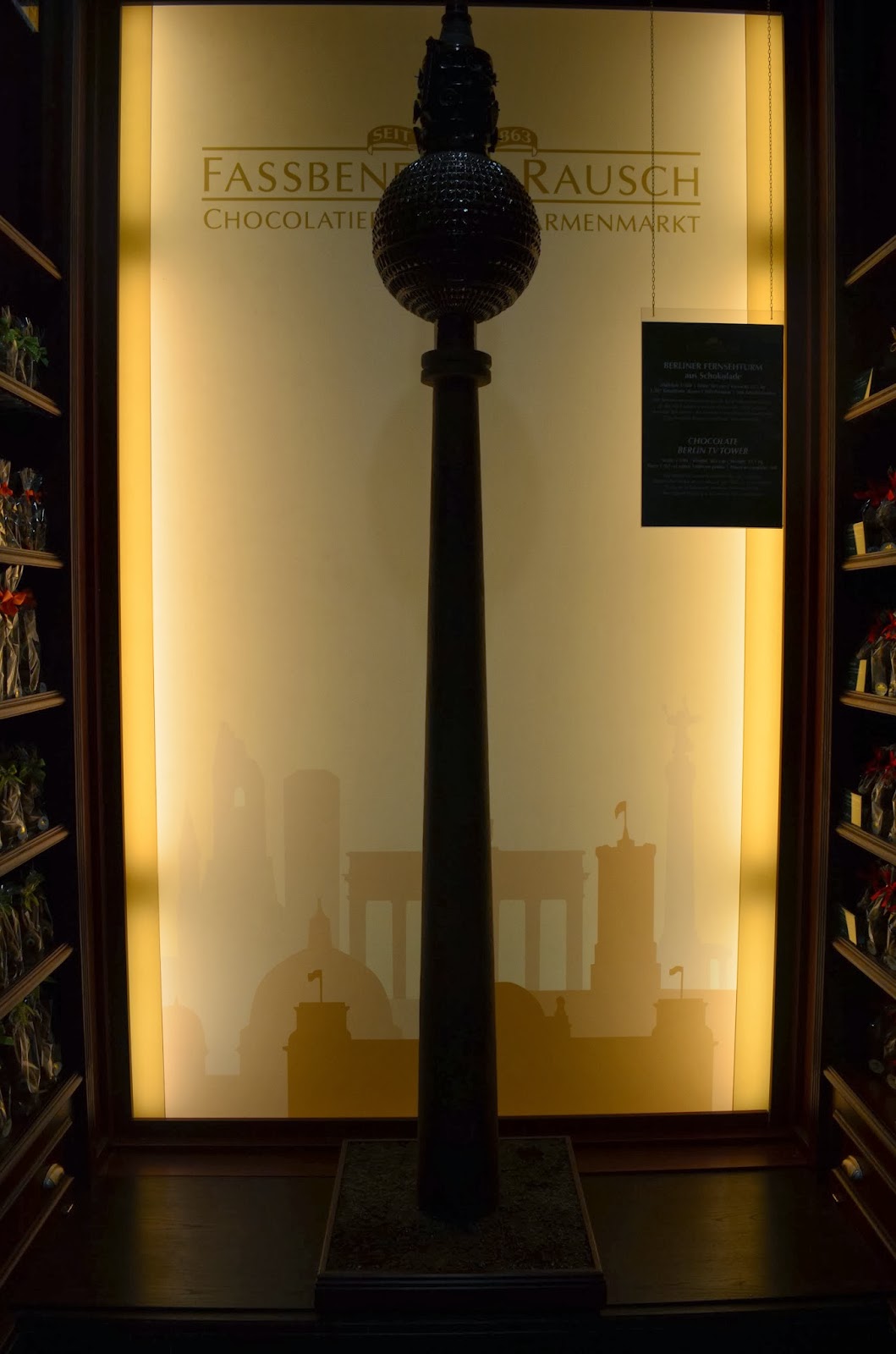 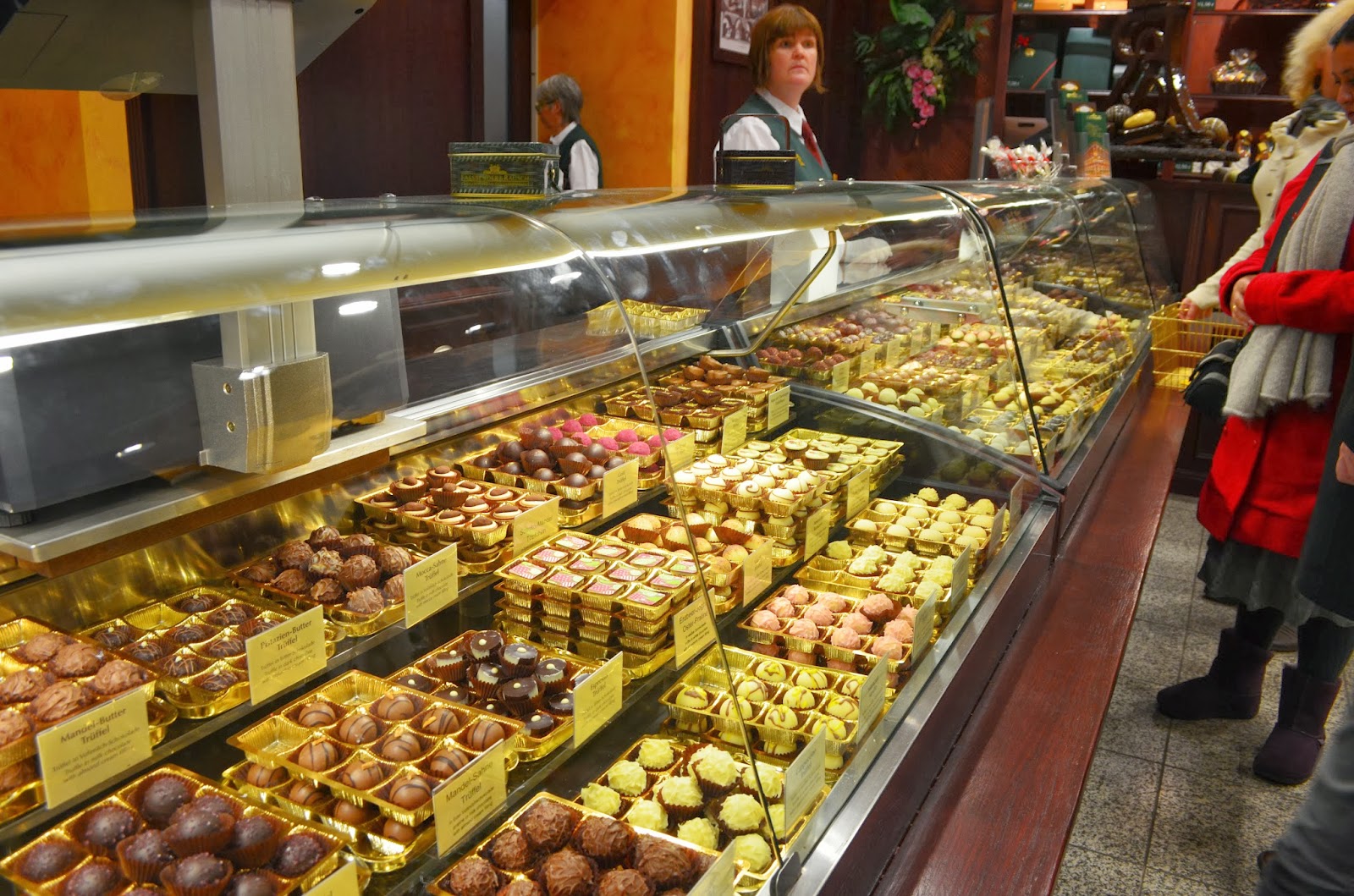 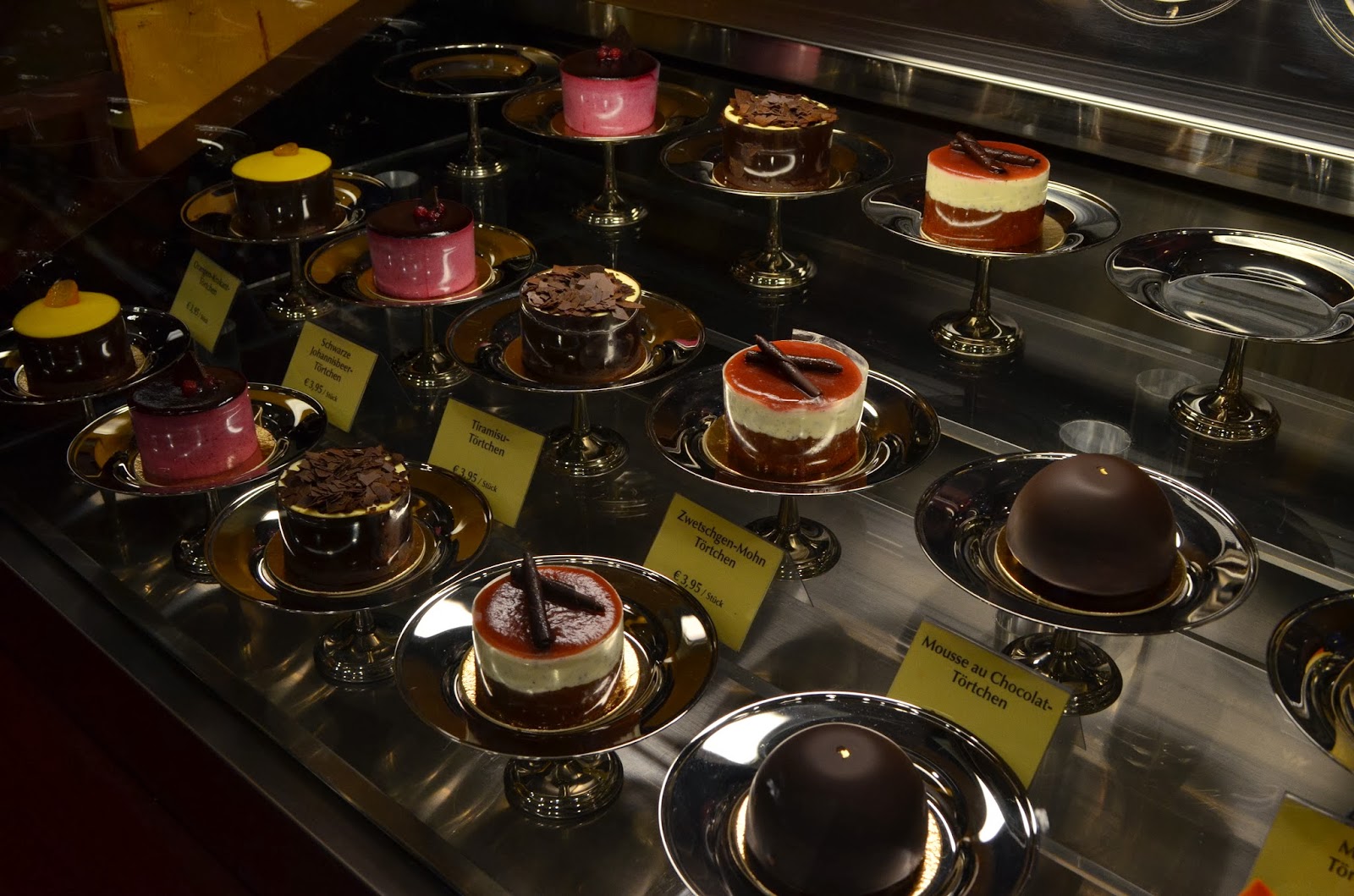 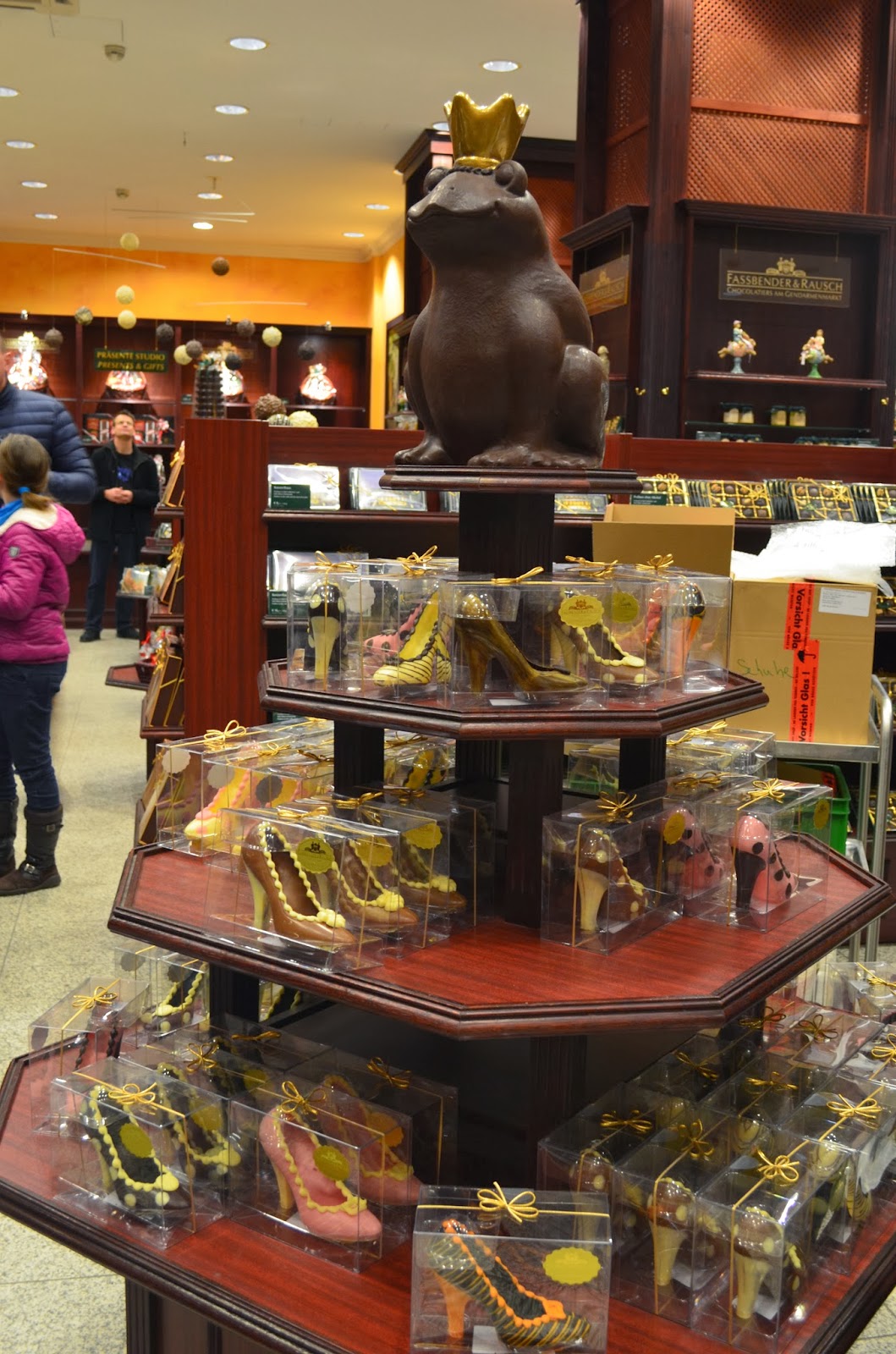 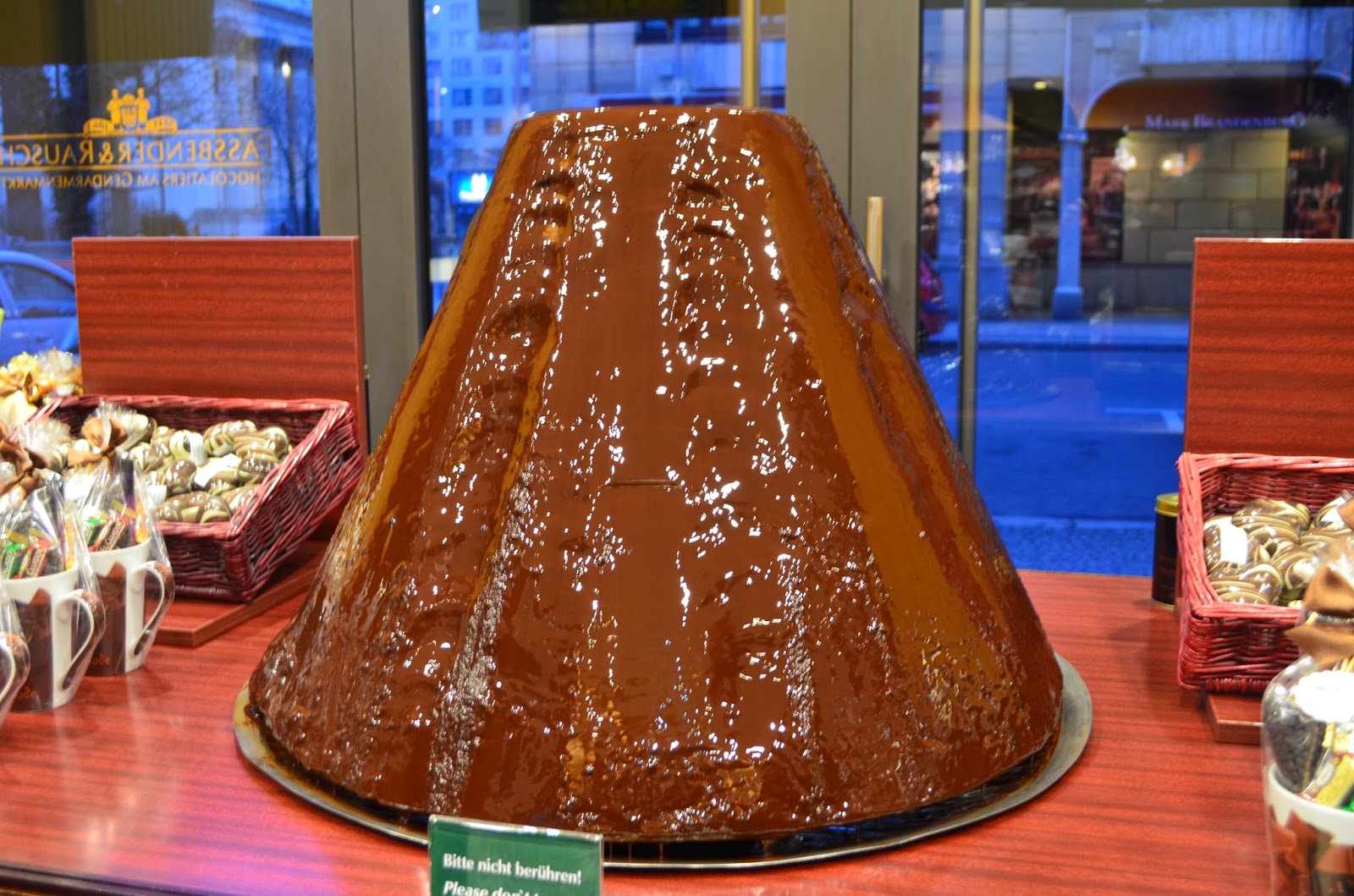 This volcano was erupting chocolate in the most delicious way and we couldn't grab a bit! I think they achieved a whole new level of torture 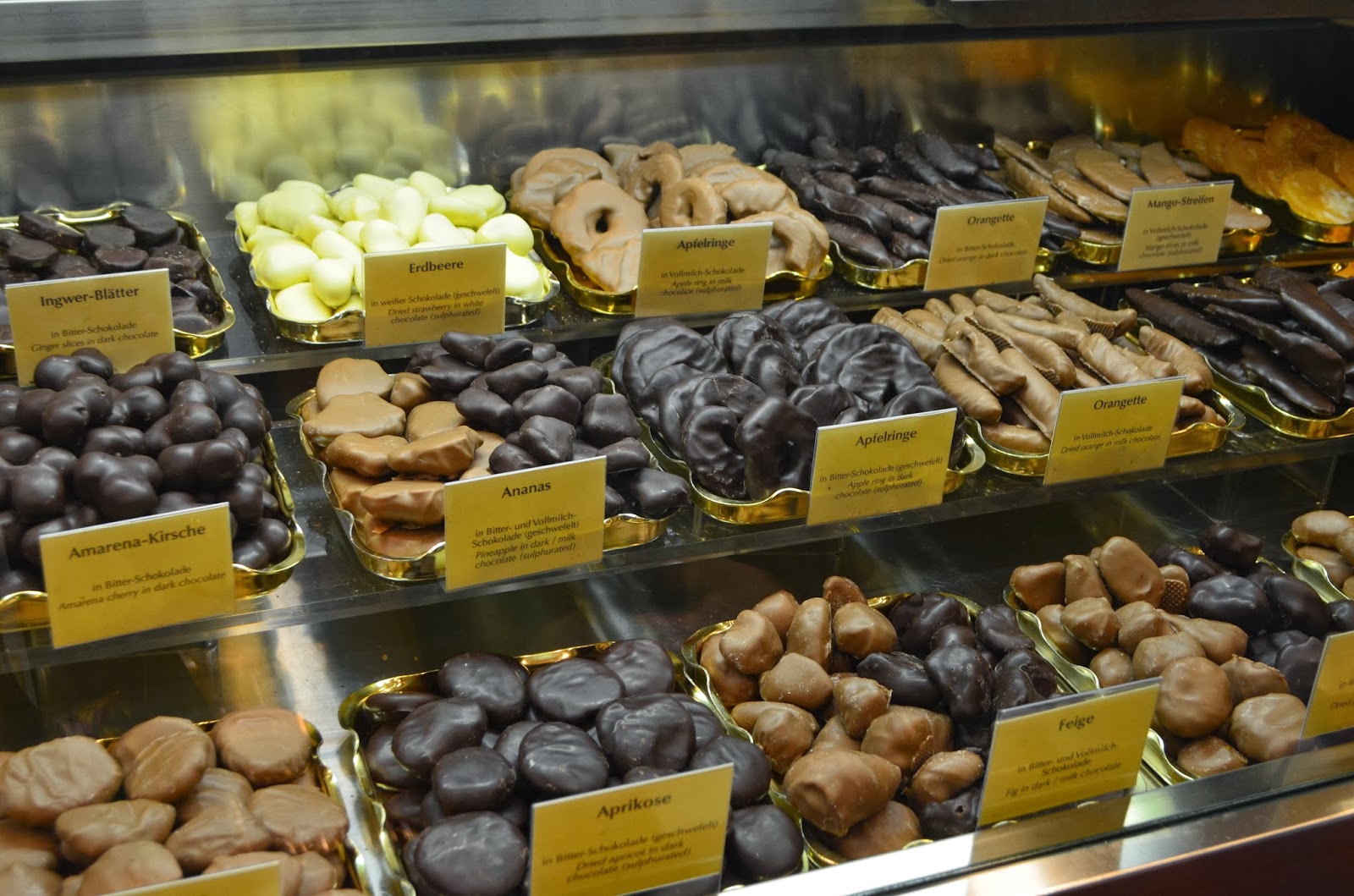 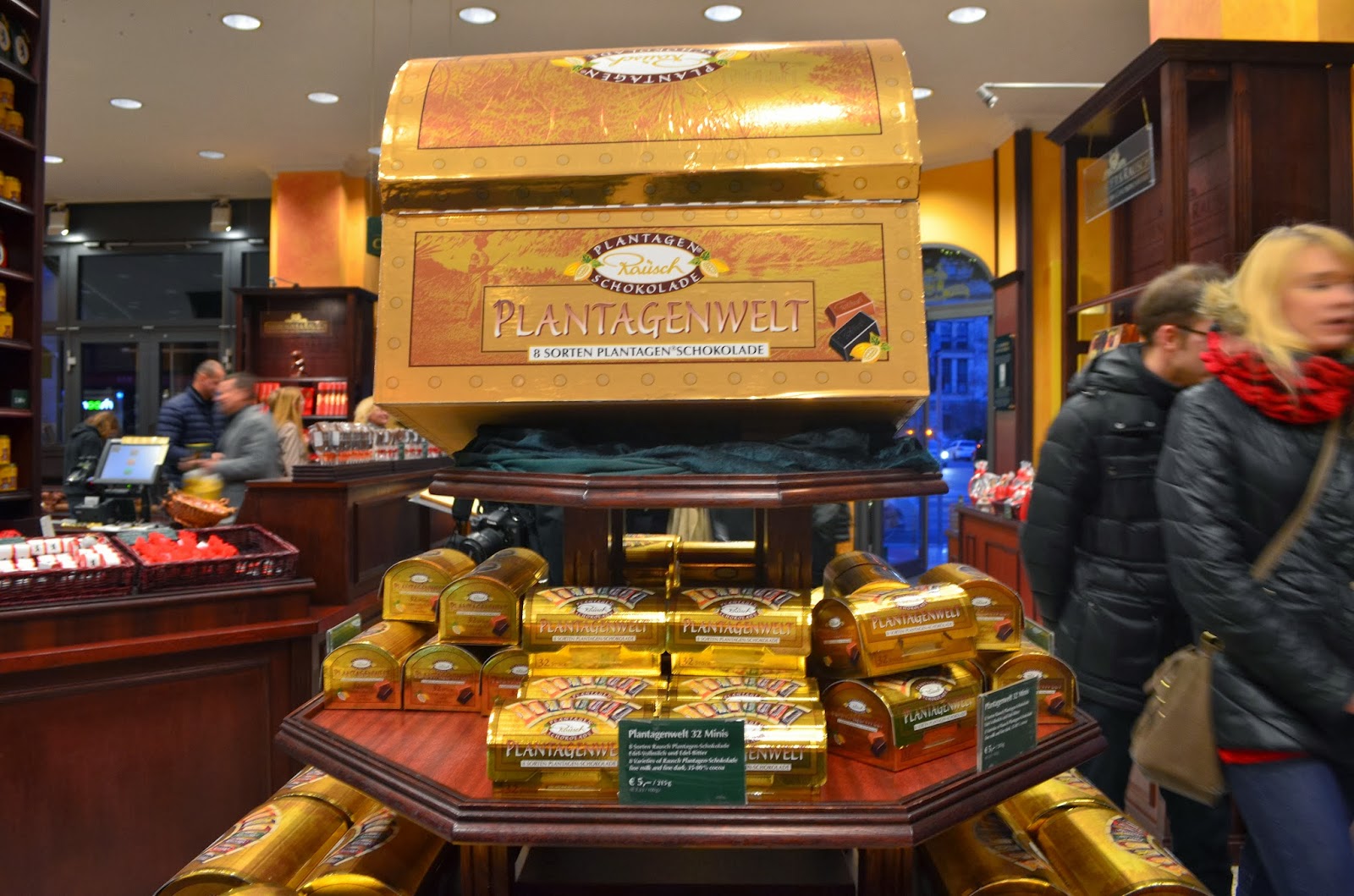 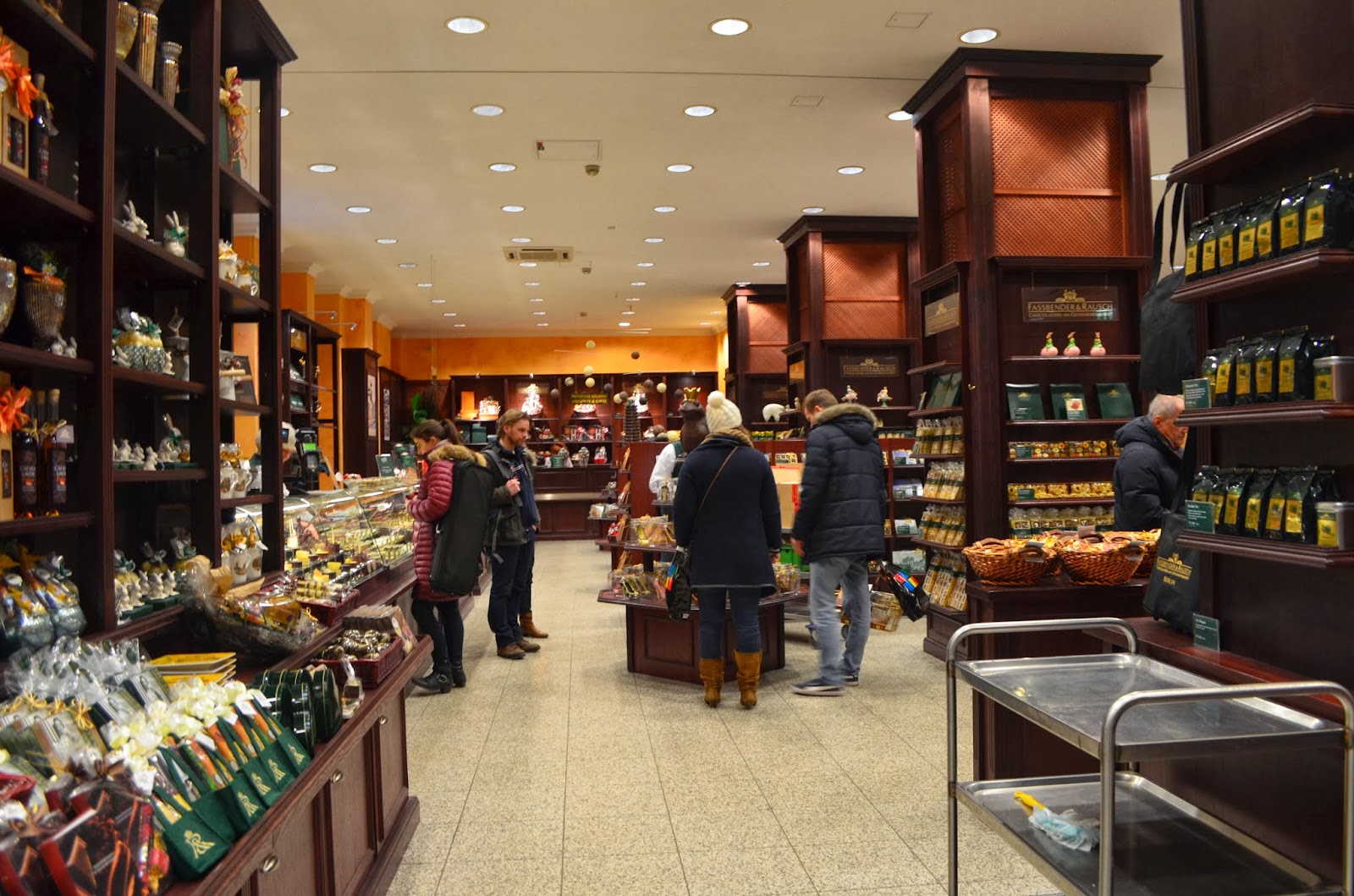 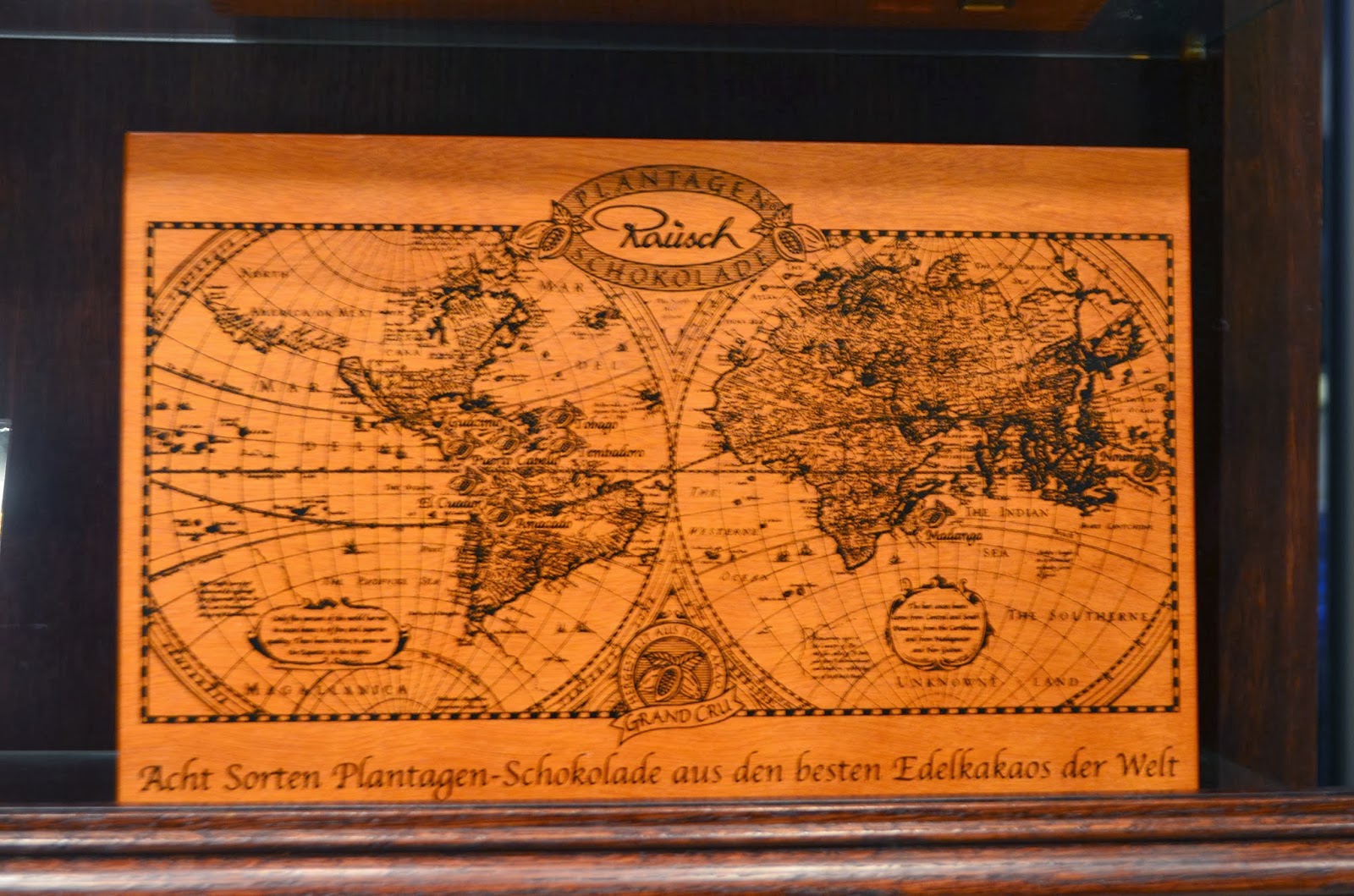 One of the most beautiful chocolate boxes I've ever seen! I'd die for one of these!

We also went to Ritter Sport (I hadn't been there either), but sadly my camera ran out of battery. I did make a Vine while there. I can't explain with words how mindblowing this places are. Besides, you can make your own chocolate mix! I'm definitely going over there again and posting a richer blogpost about this amazing shop. Have a lovely night! xo 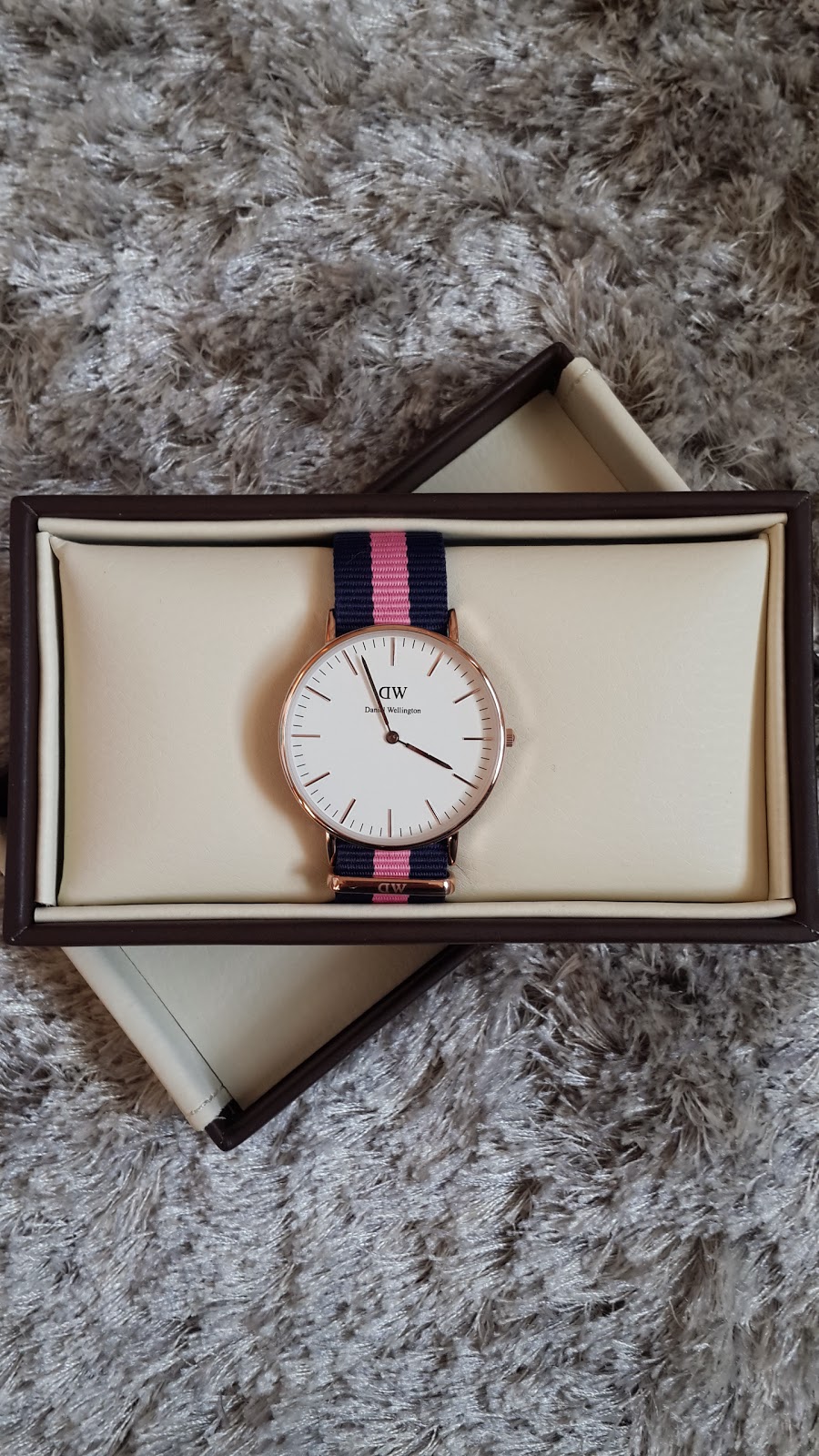 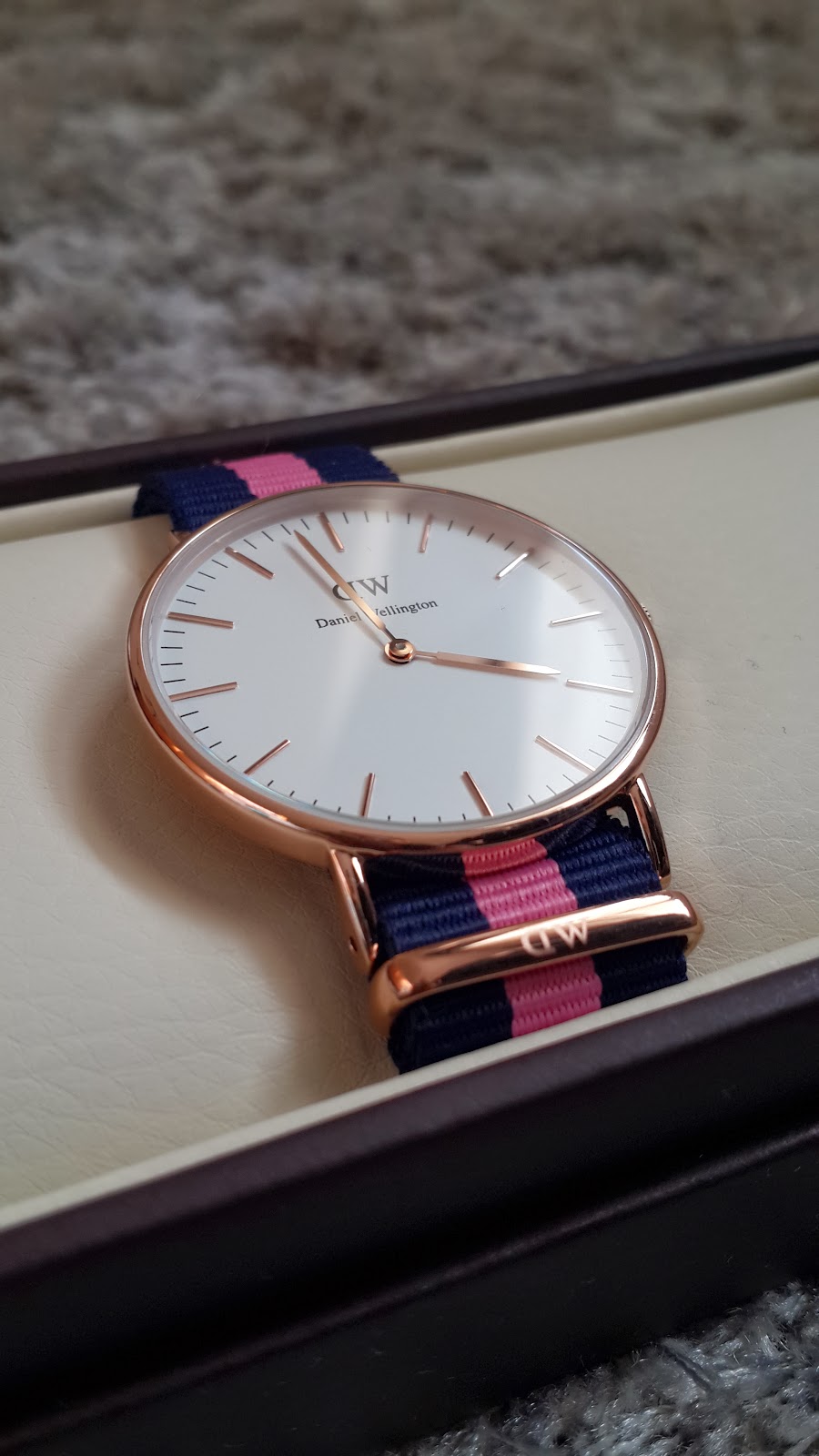 May I present to you, Daniel Wellington's Classic Winchester Lady Watch! Like I mentioned in a previous post, I lusted this watch for a long time but I wasn't sure which armband to get. Someone recently commented that most of my things were pink (binder, diary, pencils, even my perfume) so I decided to finally embrace pink. I couldn't be any happier with my new watch, besides it's the perfect colour for the upcoming spring. I think my bank account will be hearing more from DW. Have a great weekend! xo

I'm always on the hunt for new brands that let me try out new patterns and styles. This time I was browsing Nordstrom and fell in love with Eliza J dresses. They are all beyond beautiful and look really constructed. Some of my favorite are...

Perfect for the coming warm weather and for any special ocassion (weddings maybe?) 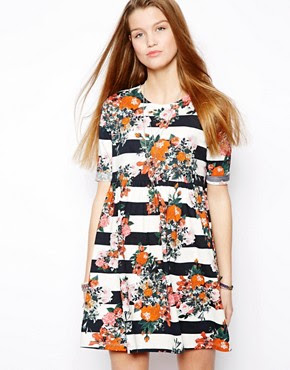 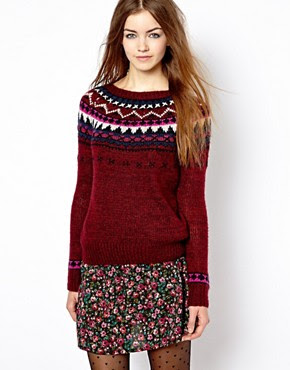 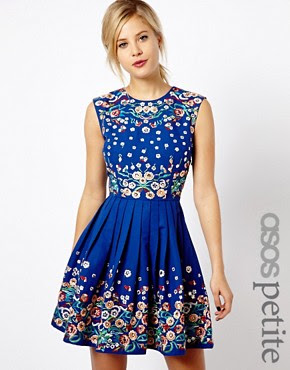 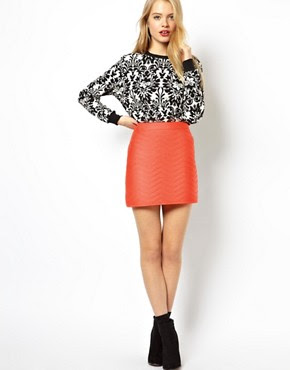 My second favorite thing to shop is to internet window shop, and believe me when I say I can do it for hours. This is also the time in which I look for inspiation and mix&match ideas. And asos never fails to inspire me to try colors and patterns. I've been sick since Wednesday, and have been doing absolutely nothing in order to get better for Monday (see Birthday!). I hope I'm on full mode by then. I'll leave you with my favorite track for this week. Much love!


relax darling from wowitsdestiel on 8tracks Radio.
Posted by A at 16:25 No comments: